Thanks for answering to my message. I feel honored that you gave me an opportunity to ask you a couple of questions. As far as you may remember I’m from Russia and I am planning to start my own (yet nameless) blog about experimental music and related stuff and this interview is going to be the first one. So let’s get started.

— As far as I know the new album is on the way, so could you tell us in just a couple of words what should we expect?

Well, first and foremost, it is the long awaited physical re-release of our second album “The Pop Culture Massacre and the End of the World Sing-A-Long Songbook!” Although it has been available digitally, the CD has been out of print for quite awhile now. We are also including a second bonus disc (TPCM2 Judgment Day) with five brand new songs (including the first ever CODS Christmas song!), two cover songs (Right Said Fred’s “I’m Too Sexy” and a surprise), the X-Files theme, and several remixes (three of which are brand new). Originally we had released TPCM2 Judgment Day years ago as an accompanying remix album to The Pop Culture Massacre. The album was short lived due to difficulties with the label that released it and instead of just re-releasing that album we decided to revamp it with brand new material and release the two out of print albums together. Oh shit… you said “in just a couple of words” and I’m rambling on… next question…

— Do you guys create all your costumes by yourselves? Tell us more about them, how are they made, what’s the idea behind them, besides representing all the sickness of your music style?

Rick Thomas (live keyboardist) and I created the idea behind the costumes. We wanted a vintage circus meets flesh eating zombie appearance on stage. Then of course we have live keyboardist Smokey the Ass Clown who wears a cow mask just for the hell of it. All of the materials used for my costume are vegan. Lots of make-up and disgusting liquids are used to perfect our look. Rick is good with all that; I imagine he must have played dress-up a lot as a child.

— One of the biggest problems in my country is education and I have couple related questions. What did you want to become as you was a kid? Have you learned making music all by yourself? Is there anyone in a band with music-related education?

I wanted to be a cartoonist for most of my childhood. Then as I became a teenager it shifted to acting and then music. I took drum and guitar lessons very briefly but never really learned how to play either one. I’ve never been very good with instruments but I do some of the keyboard programming for CODS occasionally. Dan Raphael is the real instrumentalist behind CODS. He can play anything and is completely self-taught. He went to school for audio engineering.

— ForaNatioN is your own music label, right? Are there any other bands you are going to sign on it?

ForaNatioN is more of my own company rather than a label. I have plans to produce toys and to open a store using this same name. I have no plans of signing other artists at this time but it is something I’d love to do in the future if financially possible.

— Have you discovered any new interesting music lately?

Hmmm, not really lol. I’m pretty bored by most of what is happening in the music scene. Most of it is too predictable and unmotivated for me honestly. But I must be fair and tell you that I’m pretty disconnected from the scene and may have not heard some really great artists that have surfaced recently. I have had the pleasure of becoming familiar with the band Jahmbi throughout the last couple of years. I really love those guys and what they are doing.

— Which bands would you like to share the stage with? — What’s the worst thing that happened to you on tour? Some bands get their equipment stolen right from the van, you know…

It would be a dream come true to perform alongside some of my biggest influences: Faith No More/Mr. Bungle, GWAR, Henry Rollins, Megadeth, etc. I could die a happy man if I ever have the opportunity to share the stage with Nine Inch Nails or the Talking Heads. We never had any equipment stolen thankfully but we did get booked on a hardcore bill once by accident and that did not go over too well. Let’s just say that those people aren’t exactly the most accepting and open minded type. One idiot flipped our merch table over because we refused to move our stuff for the third time. What followed was basically a bunch of brainless macho bullshit that eventually forced the club to call the police. The bands were talking shit about us on stage all night; it was a truly divine experience. Fucking morons.

— And what was the funniest thing?

We sometimes slap people in the face with pies. Most people love it, we even offer free CDs to the poor sons of bitches that get attacked. This one guy was not amused, he was flipping out and it was funny as hell. I also remember meeting the “ultimate redneck” outside a Denny’s somewhere down south. This guy was seriously every stereotype that exists about southerners wrapped into one. He just starting yapping away about some fight he had with some other hick and how the guy told him he would “chew him up like yesterday’s sandwich.” John (guitarist Johnny De Vil at the time) was recording him the whole time he was rambling on and that made for some really fucking hilarious flashbacks throughout the tour. You meet some real characters when traveling the beautiful US of A. Fucking nut jobs, gotta love ‘em.

— Tell us about your tattoos, what’s behind them? (Would be pretty cool if you provide us with some big pretty pics of them )

My biggest (and favorite) tattoo is the octopus tentacles wrapped around my left forearm. It is based off of art from the band Skinny Puppy. I have a black and gray demon above that on my left upper arm, which is a piece originally created by artist Paul Booth. I have the KMFDM symbols running down my right forearm and a TMNT Shredder and Krang on my right upper arm. I also have the Front Line Assembly logo on my ankle. I’m basically a walking billboard for old school industrial.

— Do you like cartoons? What’s your favorite, besides «The Ren & Stimpy Show»?

Besides Ren and Stimpy? What else is there? I don’t watch a lot of the modern cartoons but I occasionally enjoy South Park and I’m a big fan of Metalocalypse. I loved Space Ghost Coast to Coast (died a tragic, premature death) and Beavis and Butt-head. I HATE Family Guy, don’t know what it is exactly but that show irritates the shit out of me! I grew up on the Ninja Turtles, you know, back when it was good. I loved Darkwing Duck and Batman: The Animated Series too. Yes kids, I’m fucking getting old, I know.

— Tell us your favorite joke.

Here are three:
-You can make money being an independent musician.
-Your vote matters.
-The weak shall inherit the earth.

— So have you become a vegan?

No, not even a vegetarian. I have not eaten beef or pork for over two years now but I still eat chicken and fish. I have drastically changed my lifestyle by buying from better sources whenever possible. That is really the message I was trying to convey in “Operation Satan:” to think and buy more responsibly. I respect vegetarians and vegans very much and would consider making the full change at some point in my life.

— So, as I said in the very beginning, I want to create a blog about experimental music, unknown but promising bands and maybe even more. But since it’s yet nameless and you are the first one to appear on it, do you have any spontaneous idea what to call it? What’s the first thing coming to your mind?

Something with Submarine in it or maybe “The Abyss.” That’s what comes to mind first. If you are going to continue featuring underground bands then I think this name or something like it may sum it up the idea nicely.

Thank you very much for the interview, it means a lot to me. Your suggestions for my blog are pretty cool, I already have some ideas. You inspired me once again!

No problem, Anastacia, it was a pleasure.

— interview by metronome charisma;
— special thanks for the translation goes to Alex a.k.a. ALuserX;
— june, 2012; 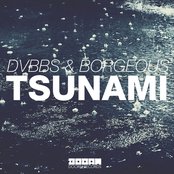 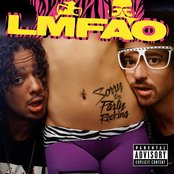 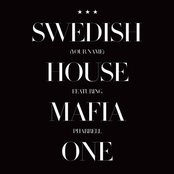 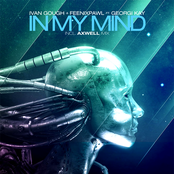 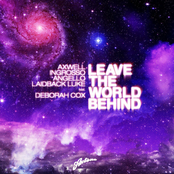